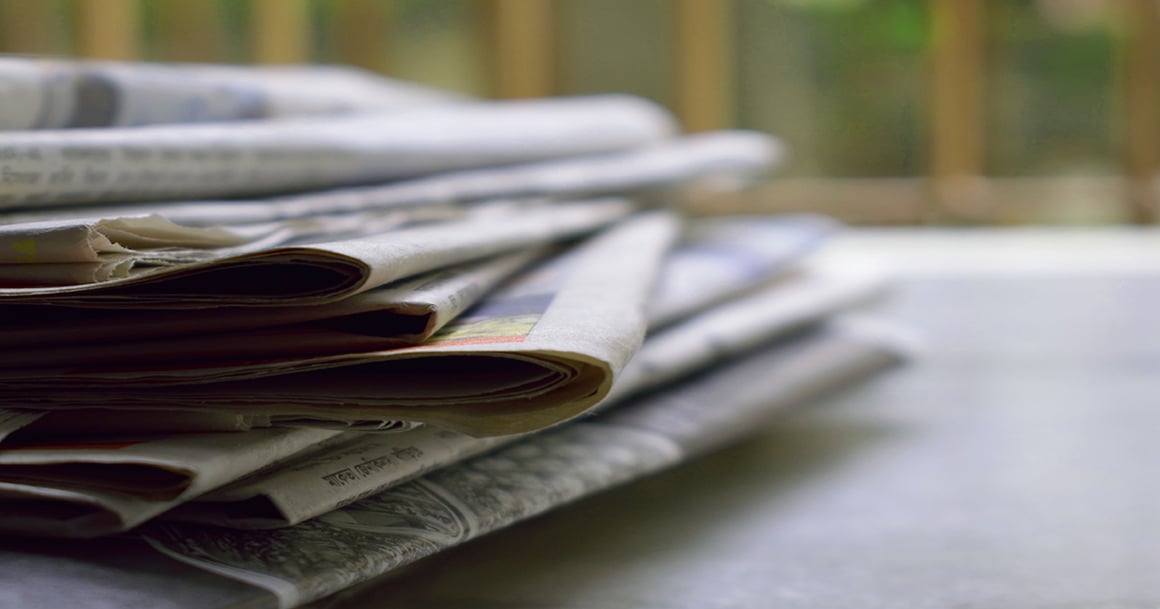 It controls what we buy. It can create media jobs or spark layoffs. It knows more about us than we do. And sometimes, it has the power to influence elections.

To cap off the year, we analyzed 2017’s most important ad tech news. From HyphBot to Amazon, here are the top trends and their impact on ad tech.

In late January, Marc Pritchard took the stage at the IAB’s annual leadership meeting and set the ad tech industry on fire.

In his scathing speech, he told digital advertising it was time to grow up and that P&G would no longer advertise with any companies that didn’t follow MRC’s viewability and verification rules.

It was surprising how quickly his words shifted power from platforms to advertisers. Stemming from this speech, we can attribute:

Thanks to Marc Pritchard, advertisers won a few battles in 2017. In fact, he claims 80% of the cleanup is complete, with MRC capacity holding back accreditation requirements.

The need for brand safety

But the war to clean up ad tech is only beginning. If this year was about platform transparency, next year will be about placement transparency.

Automated placements and low-quality news sites spurred brand safety concerns in 2016. This continued into 2017 as 72% marketers feared their ads would show up next to problematic content.

YouTube became the poster platform for these concerns. In March, Verizon, AT&T and Johnson & Johnson pulled advertising from the service after ads appeared alongside terrorist propaganda. Months later, people raised questions about pre-roll ads on potential child exploitation videos. In a Buzzfeed article, an Allstate ad appears on one of these channels.

So, how did brands mitigate threats in 2017? Eric Franchi recommended a three step approach:

But even with the right planning, open exchanges and automated placements will always come with a degree of risk.

Domain spoofing is a giant game of whack-a-mole, except the moles get smarter every time you whack’em. Here’s a sampling of the year’s domain spoofing fraud:

With ads.txt, publishers add a text file listing authorized ad sellers to their domain. Distributors and advertisers can use this file to verify inventory.

While ads.txt is a win for publishers and advertisers, this radical transparency has proven to be a bit much for many vendors. Human error is another big issue. Publishers misspelling authorized sellers or being tricked into adding a fraudulent agency or reseller are real concerns.

Another solution is using blockchain to verify ad inventory. However, we’re reportedly about five years away from the computing power needed to use blockchain on the scale of ad tech transactions.

In the meantime, the IAB launched a working group to determine blockchain’s potential impact on advertising, and ad exchange AdEx is testing blockchain-based auctions.

Browsers are our gateway to the internet, and also ad tech’s gateway to users. They know a lot about us, and that’s worth something in a world where data is more valuable than oil.

Apple took heat this year for implementing 24-hour time limits on third-party cookies in Safari. Advertising groups freaked, calling it a “unilateral and heavy-handed approach” to user privacy. Some think it will make Google and Facebook even more powerful.

It’s not surprising that Google and Apple took different approaches to curbing the worst parts of ad tech. Google makes a lot of money from data, while Apple makes little money from ads.

This year, Google and Facebook welcomed an unwanted third sibling into the family.

Jokes aside, Amazon positioned itself as a serious threat to the duopoly in 2017. Here’s why other advertising platforms should be nervous (taken from Issue 43 of Ad Tech Weekly):

Many publishers have also opted for Amazon’s server-to-server wrapper—likely because they see Amazon as a balance to Google’s dominance.

Of course, some say Amazon sees advertising as a means to sell more products and not its raison d'être. But don’t act surprised when “oligarchy” replaces “duopoly” in 2018.

Governments waded into ad tech this year with different approaches from each side of the Atlantic.

The EU is bracing for the General Data Protection Regulation (GDPR) to go into effect in May 2018. The regulation stops advertisers from using or collecting personal data without explicit permission, which has far-reaching implications for publishers, ad tech companies, and consumers. No one can agree whether this will hurt or help publishers, or even who's to blame if data is collected illegally.

On the other hand, this March the U.S. Congress voted to reverse a FCC privacy rule that banned ISPs from selling customer data. In December, the FCC voted to repeal net neutrality.

This shifted public opinion on ad tech and spurred questions about whether digital ads should be held to the same standard of television and print. The proposed Honest Ads Act would do just that.

2017 was the “pivot to video” for newsrooms, which means laying off writers in favor of production staff. Publishers that pivoted include Mic, MTV, Vice, Fox Sports, and Vocativ.

Pivoting to video is rarely done out of audience demand. Instead, publishers choose to create more video content in hopes of higher CPMs and the chance to earn money on third-party platforms such as Facebook Watch.

The strategy isn’t paying off. Bleacher Report has said CPMs on social videos are a fraction of what it earns on its own site. At the same time, publishers have seen a massive decline in pageviews as video makes them more reliant on platforms.

Perhaps the biggest sign of video’s letdown is Mashable, which some say was the first publisher to pivot to video. This year it sold for $50 million, well below its $250 million valuation.

Ad tech acquisitions took off in 2017 as companies shored up resources to compete against advertising giants. Notable acquisitions include:

On the publisher side, Laurene Powell Jobs purchased a majority stake in The Atlantic. Silicon Valley’s interest in media isn’t new, but the acquisition sparked debate between the perks of fresh ownership and the danger of bosses without media backgrounds (coincidentally, this is from The Atlantic).

Given this climate, some publishers explored new advertising revenue models.

Medium kicked off the year by removing native ads in favor of an ad-free business model (spoiler: this led to paid membership with a micropayment pool for writers).

But publishers hosted on Medium weren’t impressed by the loss of ad revenue: Pacific Standard, Film School Rejects, Backchannel, The Awl, and many others went back to owned properties in 2017.

“The move to Medium was a cool experiment, in my opinion, but the year is up and personally I missed the ads.” - Silvia Killingsworth, The Awl

Apple News and Facebook also created new ways for publishers to make money on their platforms. Apple planned to let media partners fill their own ad space in Apple News, while Facebook tested paywalls and subscriptions in Instant Articles.

Meanwhile, some publishers came together to conquer ad fraud and revenue challenges. In the EU, The Guardian led the charge. In the US, many large publishers decided to pool user data.

But will micropayments, subscriptions, and alliances be enough to satisfy investors? Just ask Buzzfeed and Vox, which both launched programmatic ads this year.