Here's How Ad Tech Got Its Stripes 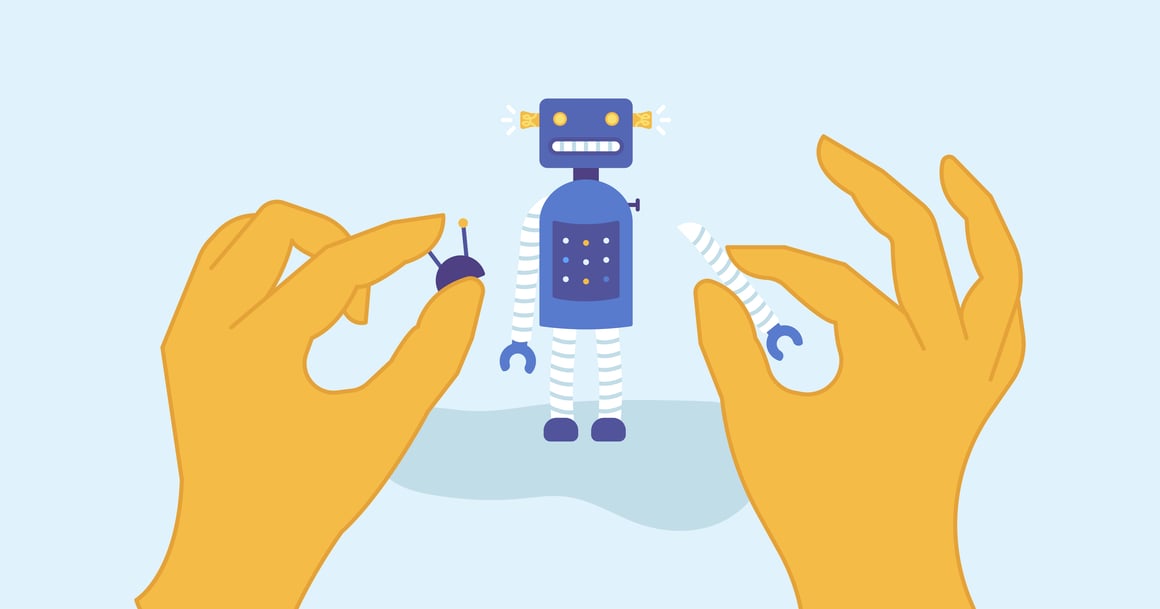 Ad tech is an absurdly over-complicated, jargon juggernaut of an industry.

In this series, we attempt to explain ad tech in terms even a ten year-old would understand.

In the beginning, there were newspapers, magazines and TV stations.

For decades, they made like Scrooge McDuck, wallowing in money they mostly got from selling ads.

Then in the early 90s, a former trainspotter from England connected all the computers in the world together. He called his crazy invention the information superhighway.

Anyone could now easily set up their own paper, magazine or TV show online.

Suddenly, there were a gazillion new people selling ads. And within those new mini-publishing empires, a bajillion pages just begging for ads. Scrooge McDuck was well and truly screwed.

With so many new sites, how was it humanly possible to fill them all with ads?

You see, like a sports team that attracts a few hundred spectators, individually these sites were small and insignificant. But if you could group a bunch of them and sell them, it was more like showing a billboard at the Superbowl.

Also, if the internet had split peoples’ attention in a hundred directions, there was no way ad buyers could keep pace on their own. It was a simple matter of the number of hours in the day: like some nightmarish alien movie, the 10 people they used to deal with had multiplied to 1000.

The ad networks solved a clear, practical problem with technology. Even while sometimes creating new ones – like the fact that ad buyers no longer always knew where all their ads were going.

They were also a bit like ancient kings, secretly running things from their ivory tower: no one knew exactly how they worked. But they did have majestic, kingly names like Qriously, Vungle and Pontiflex. And the peasants in the fields paid them up to 20% of their earnings for the benefit. And that’s not even mentioning hidden fees.

If it all sounds a bit medieval or far-fetched to you, bear in mind the publisher/ad network relationship model lives on today and is all around us. Think Facebook’s algo change putting publishers out of business, or Medium suddenly switching its business model.

Next up, came real-time bidding. And the promise of a bright new dawn, where everything would be different.

Because Real-time bidding (RTB) did everything the ad networks did, but at the speed of light. Even more amazingly, when you paid for ads to go out, finally you would definitely actually know where they’d show up. Mostly.

Of course, brands and agencies could buy various publishers’ ad space through RTB providers. But don’t let that fool you into thinking they were anything like ad networks. For a start, they had cooler names – like SSP and ad exchange.

Also, instead of selling your product to Superbowl-sized crowds, with RTB you could target ads one at a time at individual people. It worked like it sounded – a super-fast auction behind the scenes, every time someone arrived on a new page. It was a little like the stock exchange, and in particular high frequency trading. All the various parties involved shared information on readers (anonymously, of course) as they surfed the world wide web. So, if Twinkies knew you were in market for a Twinkie, they could buy your eyeballs more or less wherever you went.

In theory, this was great for advertisers, who could now cherry pick their audiences. It turned out even better for the agencies, who set up their own ad networks' trading desks and started charging hefty fees for mystically named holistic data solutions.

But publishers saw RTB switch everyone’s eyes away from content and context, towards audience instead. In the new world, regardless of what they did, their properties weren’t much more highly valued than purveyors of cat gifs or videos of people falling over.

Real-time bidding was like electricity. Super-fast, and lots of different people claimed they invented it. Also like electricity, if you didn’t install it right, it could burn your house down.

RTB led to a whole load of new people working in between the papers, mags and TV on the one side, and the brands buying the ads on the other. For some reason, ad people really liked putting up all these hundreds of companies’ different badges up on the big screen at events. Such alphabetti-spaghetti logo dumps were supposed to make the whole mess make sense. But all it actually achieved was adding to the confusion.

At heart, the problem was Tim Berners-Lee’s internet. For brands and publishers alike, everything they did was now melded with IT and computing. When what they were best at was making twinkies or writing news and making engaging cop series.

Finding other people to do your IT/RTB dirty work made absolute sense. The real trouble started when you worked with 10 other companies – one selling your ad space, one verifying, one optimising, one managing data, one making sure that data was GDPR compliant, another deleting all the data that wasn’t. This is where the idea of an ‘ad tech tax’ came about – with 5-10% going to each one, some publishers were quickly left with little to nothing.

But middlemen weren’t just something that appeared out of nowhere alongside ad networks or RTB. Brands had always gotten others to make and buy their ads. And the way some of the new ad tech companies acted wasn’t all that different to the agencies of old.

These agencies had multiple identities, like mysterious secret agents. And as with the ad networks, sometimes couldn’t tell you where your ads would appear. Even if you were using warp speed RTB. Some made extra profits on the sly, by buying and selling inventory that wasn’t theirs, at a profit (arbitrage.) Or they got discounts from publishers which they then pocketed themselves (rebates.) Like estate agents or lawyers, the middlemen were widely hated. But equally, those doing the hating could be bothered to do that work themselves. Also, probably they weren’t even qualified to.

All of that, in a nutshell, is how ad tech got its stripes.

Next time around, we’ll talk about how things developed next – from open marketplace to private marketplace.

Oh, and just what the fudge is header bidding?

Until next time, beware of the dark side.