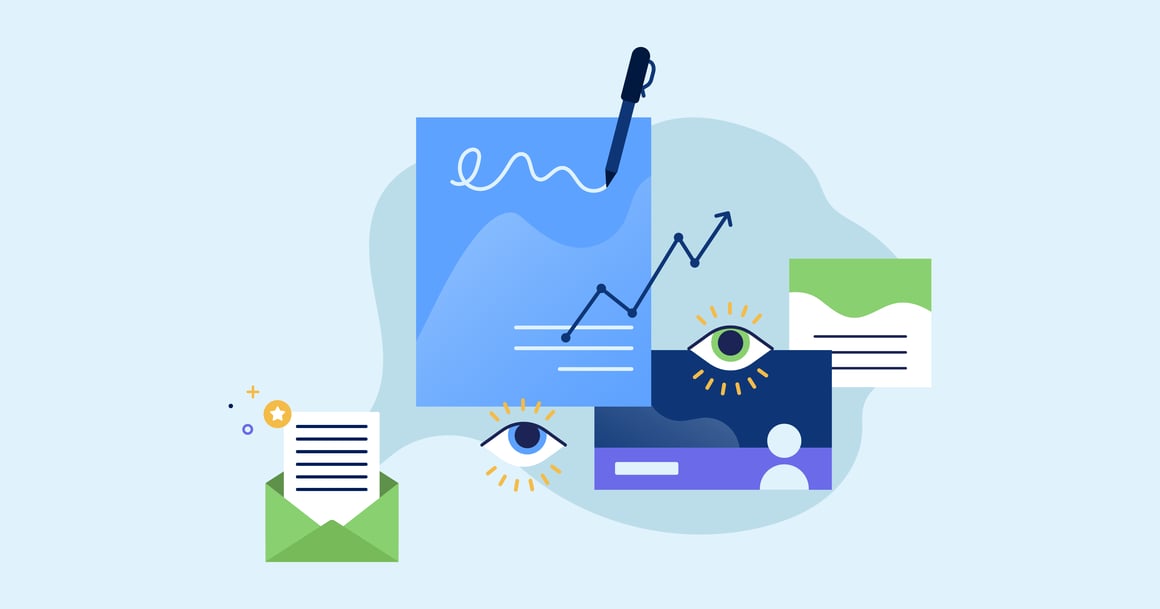 Effective content marketing isn’t just about content pillars, blasting your social channels or editorial calendars. If you want your content to make an impact it's crucial to start by asking how your target audience will find your content.

Relying on SEO or social media to return your investment on content marketing is an uphill battle. If you want to reach your target audience, you need to build a content distribution strategy that includes varying channel types, including syndicated content.

Content distribution refers to the channels and tactics used to get content in front of a target audience.

Simply put, it’s how you plan on reaching your audience with content. There’s no silver bullet approach when it comes to content distribution. Strategies will vary based on each company, its audience, and overarching goals.

You likely spend hours researching, writing, and editing a piece of content.

Some companies schedule a few posts on social media after publishing said content and call it a day.

This is not a strategy for growth.

What happens after you hit publish can be the difference between getting 10 total viewing sessions or owning the top results of a desired keyword. It’s why Derek Halpern of Social Triggers says building a blog audience requires producing content 20% of the time and promoting that content 80% of the time.

Thinking through content distribution tactics can help you understand which channels will reach your target audience at the right time and make the biggest impact on growth goals.

Remember, there’s no one-size-fits-all way to go about content distribution. Keep the following questions in mind when deciding on channels:

The great thing about owned channels is that they’re usually free, give you more control over messaging, and unlock some form of analytics tracking to tie back to your goals. These perks mean that most content distribution plans utilize several owned channels for promotion.

But owned channels also have their limitations. You’ll need an audience to get traction, which can take a lot of work to get going. Owned channels also usually only refer traffic with continuous effort and promotion. It is not the norm to see a high volume of clicks from a tweet or email newsletter several days after it’s sent.

The biggest downside to owned channels is they are more likely to only reach your existing audience. But this is where earned and paid distribution can help.

Earned content distribution channels refer to earned media, conversations about you and even backlinks that you've earned organically. In this case, word of mouth becomes the channel.

Earned content distribution tactics can get you in front of your target audience faster than owned channels and are generally considered the most effective, for a few reasons:

Earned channels can create a continuous loop, or flywheel which can lead to compounding exposure. For example, people may talk about your product on their website and provide a backlink referral. This increases inbound traffic and also boosts SEO, improving your search engine ranking and increasing the number of people exposed to your product, which in turn leads to more backlinks, traffic, and a continuous growth cycle.

As far as downsides go, it's hard to control earned channels. Indeed, steering social conversations is difficult; people can say whatever they want about you and the only power you may have is to provide a response.

It can also take a lot of time to generate earned exposure and dial in a first page ranking in Google or have a high impact player like Seth Godin organically retweet your article. However, when it happens, it can make all the difference.

At BuySellAds, you know we love paid promotion. But we're never going to tell you it's the only way to a successful content strategy. Paid content is the spark to the fire of your owned and earned media efforts. You can instantly reach your target audience, drive traffic to your website, and expand the top of your funnel with these channels.

Paid channels work instantly and will keep referring traffic as long as your campaigns are running. Most platforms let you target a specific audience, which drives qualified traffic back to your website and into the top of your funnel.

In addition, paid channels fuel the compounding effect of any loops or flywheels you may have in place, like the one example mentioned above.

To get the most out of paid content campaigns, find the channel that works best for your audience, then use paid promotion as an accelerator in your marketing engine.

In some cases, display placements may be the best fit. Here at BuySellAds, we notice developers have an attitude more skeptical than most about certain kinds of advertising. As a result, native advertising, which is naturally less intrusive and designed to align with the tone, format, or topical focus of the publisher, is more effective for that audience. Getting to this point requires consistent testing and optimization to know what works for you.

Another often overlooked content distribution strategy exists in paid content syndication. In this channel, you can partner with publishers in your vertical that can republish or share your content on a one-off or ongoing basis. This provides multiple benefits at once: it brings more exposure to your owned media, improves your likelihood of earned promotion (shares, back links, and conversations) and brings qualified leads directly to your funnel.

For success in syndicated content, look to where your audience goes to consume content. For example, millions of tech-savvy users regularly use Pocket app, Firefox New Tab, and Feedly with the intent of reading content. Advertising there lets tech marketers reach a captivated audience that doesn’t bounce after a few seconds and can provide verified views with valuable information while fueling your funnel.

Choosing the right channels depends on your audience, personas you've developed, the jobs your audience seeks to accomplish when looking for your products, and the goals set out in your marketing strategy.

Before diving into syndicated content, make sure your marketing strategy is ready. Setting up clear top-of-funnel calls to action like newsletter subscriptions can convert blog traffic into prospects, and promoting closely related gated content can move people even further down your funnel.

The merging of owned, earned, and paid media

The above concepts are useful for understanding content distribution in the traditional way they were managed, which was often in marketing silos. Today, owned, earned, and paid efforts are constantly converging and being redefined in new ways.

Take your Facebook strategy for example. It may be used as an owned channel for publishing and syndicating content. It will also definitely play a part in your management of earned media, as this is where conversations about you may be happening. You're also probably managing PPC campaigns there. What does Facebook fall under? Maybe all three, but sometimes it’s managed by one person or team.

In addition, the lines between paid promotion and earned promotion continue to blur. The best ads we're seeing aren't technically ads. What appears to be a knowledgeable how-to article on improving sales relationships could be sponsored editorial driving brand awareness for the CRM company that actually wrote it, despite barely any mention of the brand at all. Paid influencer marketing can appear as a genuine earned product recommendation. The list goes on.

This can be taken advantage of in dishonest ways, but for the most part, we're seeing how much harder it is to get away with dishonest marketing and madmen sales tactics. It reinforces the fact that above all quality, honest content is what's going to be rewarded most amongst users and search engines alike. It's a lot harder to get away with promoting a product that doesn't stand up to its claims, and with the rapidly increasing dissemination of information online, earned channels and word of mouth are consulted just as much if not more than your owned channels are.

While we may see owned, earned, and paid as distinct, for the end-user, it's all part of their experience with the brand. This is why having a cohesive strategy across all three is so important. When each is treated as separate, it can create a fragmented perception of your brand. Instead of letting these concepts define your strategy, think about who your consumer is, what they are looking to accomplish when looking for your product, and how you can help.

So, we advise coming at it from all angles. Focus on what works. Test, track, and optimize. Spend time to find the right primary channels for your business. Once you have your strategy planned out, be sure to document it. Now, paid promotion can serve as a useful tool in amplifying your content, fuelling your top of funnel and improving the compounding effect of your owned and earned efforts.